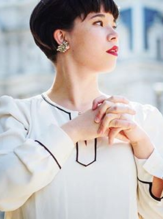 Described as “dazzling” and “scintillating” (Classical Source), pianist Emiko Edwards has received awards and accolades for her performances throughout the United States and abroad. At age ten, she made her piano concerto debut with the New Sussex Symphony, and by age eleven took top prize at the 18th International Young Artist Competition, Washington, D.C.

As a soloist, Ms. Edwards has been featured in performances at Weill Recital Hall (Carnegie Hall), Merkin Concert Hall, Alice Tully Hall, the Tenri Cultural Institute, Milton Court Concert Hall, and the Yamaha Salon, as well as Paul Hall (The Juilliard School). Past highlights include a recital for the Barbican Center’s Sound Unbound Weekend, Rhapsody in Blue with the Guildhall Brass Ensemble, Brahms D minor with the Cambridge Graduate Orchestra, the Emperor Piano Concerto with the Bravura Philharmonic, and the American premier of an original composition by Karen Lefrak, as a featured performer in the Youth America Grand Prix Gala (David H. Koch Theater). Additional engagements with orchestra include those with the Manalapan Battleground and Westfield Symphonies. A champion of modern music, Ms. Edwards holds a number of BBC credits to her name. Her performances of Gorecki's Piano Sonata and Four Preludes as well as Richard Rodney Bennett's Noctuary: Variations on a Theme by Scott Joplin were received by critics to high acclaim, and have all been recorded and broadcast on BBC Radio 3.

Ms. Edwards’ international performing career has taken her across Spain, Japan, the United Kingdom, and Canda Ms. Edwards has been a participant in the Gijon International Piano Festival, an artist in residence and scholarship recipient of the Banff Summer Music Festival, and scholarship recipient of the Orford Arts Festival. Ms. Edwards returns regularly to the UK to work with Nelly Ben-Or on full scholarship, courtesy of the Nelly Ben-Or Trust (est. Sir Colin Davies), to study the in depth relationship between piano playing and the Alexander Technique. Ms. Edwards has also benefited from several master classes with renowned pedagogues such as Steven Kovacevich, Marc Durand, Robert McDonald, Andre Michel Schub, Joseph Kalichstein, Jerome Lowenthal, Robert Levin, John Perry, and Jacques Rouvier.

An avid advocate for outreach and community, Ms. Edwards was the artistic director for The Five Boroughs Performing Arts Series from 2011-2012, a concert series dedicated to spreading dance, music, and drama throughout New York City. In partnership with the Boys Club of New York, she organized and executed concerts in the Bronx, Queens, and Lower Manhattan. As an educator, Ms. Edwards has taught classes and mentored students at both Temple University and The Juilliard School, and currently holds a faculty position at St. Joseph’s University teaching piano performance and chamber music. This summer (June 21-July 17), she will be leading the piano department at Luzerne Music Center as head of the department. Previous summer posts include those at Bravura Summer Music, Encore/Coda (head of department), and Juilliard Drama Intensive (Snow College, Utah).

Most recently, Ms. Edwards completed her Artist Diploma studies on full scholarship at the Guildhall School of Music and Drama and received her Masters degree at Guildhall under the tutelage of Ronan O’Hora. She was awarded her Bachelors degree by The Juilliard School where she studied with Julian Martin. Ms. Edwards is currently a Doctoral candidate at Temple University, where she has had the pleasure of working with Dr. Sara Davis Buechner and Lambert Orkis. 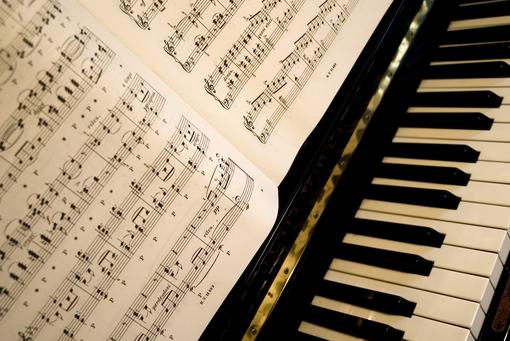